2 Tips For Those Signing Their First Commercial Leases

Here are two tips that people should follow when signing their first commercial leases.

One key difference between residential and commercial leases is the way in which occupants are allowed to use a building. It's extremely important for anyone who'll be signing a commercial lease to find out exactly what their particular lease stipulates, regarding how they (and their staff) can use the premises they'll be renting. For example, if a businessperson sets up an enterprise in their leased premises, which are open 24 hours a day, they might be tempted to sleep there or set up a small living space in it so that they can rest and relax in between shifts without having to return home.

However, their commercial lease might not legally permit them to routinely sleep or live on that premises, as this could indicate that it's being treated like a residential dwelling. As such, if they didn't check the terms of their commercial lease and they proceeded to do this, the owner of the premises from whom they're renting the building might have a right to end the lease prematurely. Furthermore, if the commercial lease stipulates that, for example, setting up and using a small living area on the premises (even if this area is only used occasionally) is breaking the terms of the lease, and the occupants do this, this could lead to insurance issues if the insurance policy for the premises will only provide coverage if the building is used solely for commercial purposes.

The length of the lease

Another crucial step that people should take before signing commercial leases is checking their length, and taking time to consider if it's suitable for them and their business. The reason for this is that commercial leases are typically far longer than residential ones and in some instances, might last for five or ten years. As such, signing a commercial lease is a big commitment (more so than signing a residential one, which might end after, for example, six months or a year).

If a businessperson doesn't carefully consider if they might need to relocate their business in a year or two, or if they might want to switch to running an online business instead in the near future, they might find themselves stuck with a commercial lease that they cannot legally untangle themselves from, for far longer than they anticipated. This could then result in them not being able to expand or change the way they run their business for many years. 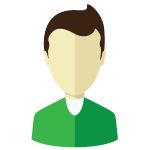